Fábrica de Explosivos Moçambique (FEM), a Mozambican explosives manufacturing company, told CNN that they were the ones who originally ordered the ammonium nitrate that was left at Beirut's port for nearly seven years.The order of ammonium nitrate was intended for manufacturing explosives for mining companies in Mozambique, the spokesperson said."We can confirm that yes, we did order it," a spokesperson for FEM told CNN. The ammonium nitrate never made it to Mozambique, the source said, and instead was kept in a container at Beirut's port for over six years before exploding earlier this week. The catastrophic blast has resulted in widespread devastation to Lebanon's capital city and left at least 154 dead, according to the Lebanese Health Ministry. FEM told CNN this was the only shipment of the chemical ordered by the Mozambican firm that never arrived. "This is not common. It's absolutely not common," the spokesperson said. "Usually, when you place an order for whatever it is that you're buying, it's not common that you don't get the goods. This is a vessel, it's not like one thing that was lost in the mail, it's a big quantity." The spokesperson has been with the company since 2008 and said there had been no similar lost shipments of ammonium nitrate since then.CNN agreed not to publish the spokesperson's name due to the employee's privacy concerns amid a sensitive international story.The September 2013 shipment of ammonium nitrate began in Georgia, where the chemical compound was produced. It was transported on the Russian ship, Rhosus, which docked in Beirut, where the chemical compound had been in storage for more than six years. The shipment never made it to Mozambique, the source said. FEM had worked with an outside trading company to facilitate the transfer of the chemical compound from Georgia to Mozambique. But several months after the ammonium nitrate left Georgia, the spokesperson said the trading company told FEM it would not be arriving: "We were just informed by that trading company: there's a problem with the vessel, your order is not going to be delivered," the spokesperson said. "So, we never paid for it, we never received it." 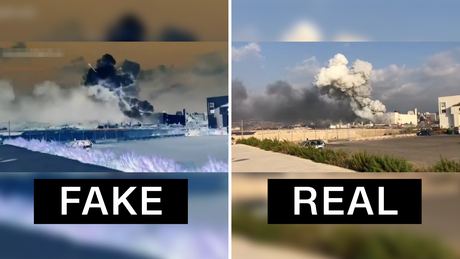 They added that FEM then purchased another order of ammonium nitrate to replace the lost one and that one was delivered. The spokesperson said they had planned to pay "a significant amount" for the chemical in the first order but the payment was never made. While the company was aware that the vessel had been detained in Beirut and later impounded by Lebanese officials, the spokesperson insisted "that was absolutely out of our control." The spokesperson said that colleagues at the company were very "surprised" to learn how long the chemical had been stored at the port as "that's not a material that you want to have stored without having any use for it." Adding, "this is a very serious material and you need to transport it with very strict standards of transportation."Read More – Source

Iran could have nuclear weapons in one or two years, says France

Iran could have nuclear weapons in one t..

Air strikes and shelling by regime forces killed 10 civilians in Syrias northwest on Wednesday, as r..

Despite attacks by settlers, Palestinians and Israelis join forces for olive harvest

How does Benjamin Netanyahu do it? Israe..