Beirut, Lebanon — A deep sense of fear descended over Gloria as she stepped off the bustling street into her country's consulate. Weeks earlier, she said, she paid the honorary consul $1,500 saved up over five years laboring as a domestic worker to help her return to Kenya. He was asking for more money, she said, and she braced herself to confront him. "Good morning, sir," she said. "I've come to take back my money."A slap across the face is what Gloria said she received in response. Followed by a struggle. Between her and the consul. "They started pushing me and beating me and I also pushed them," Gloria told her cousin in the immediate aftermath. "They called me a whore. They cursed my sister and they told me to eat sh*t." A glass door panel shattered from the impact of her body hitting it and her face was soaked after the consul poured water from a plastic cup on her, she told CNN. CNN compiled the details of Gloria's alleged assault from interviews with her, testimony from a source with knowledge of the consulate, voice memos she sent shortly after as well as an account from a family member she confided in following the confrontation at the consulate in November 2019. Gloria, an undocumented migrant worker, is one of seven women who say they were exploited or physically assaulted by Kenya's Honorary Consul in Lebanon, Sayed Chalouhi, and his assistant Kassem Jaber, both Lebanese nationals.Another domestic worker, Linda, told CNN that Chalouhi suggested she do sex work to save up for her repatriation fees — and that when she instead turned to cleaning his office for money, he refused to pay her. Georgina said she was repeatedly pressured by the consul to pursue sex work — and that she was exploited for cash.Melinda, who also alleged physical abuse at the consulate, said she spent three years saving up over $1,000 in fees, only to have the funds withheld from her. When Tracy asked the consulate to facilitate her repatriation, they inflated the cost by $550 and refused to begin the process until she covered the payment. Two other domestic workers, Elizabeth and Lisa, also said they were overcharged. Throughout this report, Kenyan women have been identified by pseudonyms for their security. CNN has also seen details of other Kenyan domestic workers' cases compiled as part of an investigation by a Beirut-based migrant rights group, the Anti-Racism Movement, which allege exploitation at the consulate. Two local recruitment agents — who work with domestic workers in the city — told CNN they were aware of overcharging. One of them alleged that Chalouhi was "running the consulate like a business." The accounts paint a picture of a Kenyan consulate in Lebanon that grossly neglects its country's largely female group of expats, regularly overcharging them for essential consular fees and acting with impunity as they physically and verbally punish women who try to call out their abuses of power.

"(Kenyan women) are afraid from the consulate and I don't know why."

Jaber, the assistant consul, denied all allegations of wrongdoing at the consulate. "We never overcharge any girl," Jaber told CNN by phone, insisting that the consulate had helped hundreds of vulnerable Kenyan women in Lebanon. "…everything is monitored by the consul himself so that no one will harm or insult any Kenyan girl, because we have a very good reputation here in Lebanon. No one will try to spoil our name," he said, adding that there were security cameras in the consulate, though he indicated that he did not have the tapes for the November 2019 incident. He also sent CNN a number of videos by WhatsApp — filmed on a cell phone — of unidentified Kenyan women thanking him, Chalouhi and the consulate for helping them, as well as some screenshotted conversations of women expressing their gratitude by text message. "(Kenyan women) are afraid from the consulate and I don't know why," he said. "When they reach the consulate, we can protect them. We are here to help them. We are not asking anything in return. We are ready to do whatever it takes to help them."Chalouhi did not respond to CNN's requests for comment.Chalouhi is Kenya's official representative in Lebanon, though he is not a Kenyan citizen, nor a career diplomat. A Lebanese lawyer, he was appointed by Nairobi to lead the country's diplomatic mission. The consulate is tasked with the protection of over 1,000 Kenyan domestic workers — mostly women — sponsored to be in the country under the controversial Kefala system, a form of indentured servitude which ties the woman's immigration/residency status to a live-in work contract. Abuse is common in live-in contractual domestic work. Nearly every month, reports of a domestic worker's sexual assault, torture and sometimes suspected murder surface on Lebanon's social media and international media. Abusive employers are almost never punished and women who opt to exit work contracts join the ranks of tens of thousands of "illegal" migrants, fending for themselves in an underground existence, rife with harassment and violence, rights group say. These women rely heavily on their countries' diplomatic missions for protection from imprisonment and to open a path for them to return home. Many of these missions — largely African and East and South Asian — fall short.In a studio apartment on the outskirts of Beirut, five Kenyan women gather around a plastic table. The rumble of an adjacent motorway reverberates through the room. Temperatures in the city have been boosted by a heatwave. Inside the 9 by 9 ft room, it's blisteringly hot. "My phone rings 24/7 with calls from Kenyan women," said Linda, a Kenyan domestic worker community organizer. "They need food. They need answers.""I tell you we are passing through hell here," said another Kenyan woman, Beth, in a deadpan voice. She holds up a medical mask smudged with lipstick. "I've been wearing this for days because I can't afford to buy another one." Linda can't offer her friends food — she doesn't have any to give — so they fill up glasses at the water dispenser every few minutes. The women say they are becoming accustomed to pangs of hunger. "On the outside, I look healthy, but on the inside I'm burning slowly," said Linda. "All I want is tea, but I can't afford milk." Since October 2019, Lebanon has been in the throes of one of the worst economic meltdowns in its history. Food prices have soared and unemployment has ballooned. Poverty rates have risen to over 50%Many Lebanese families have deserted their live-in domestic workers, leaving them homeless and hungry. Related: Thousands of women are trapped in Lebanon. They risk jail time to leaveThose domestic workers who continue to be employed struggle to send money to their families back home because the country's currency has tanked, losing most of its value. Covid-19 has compounded the effects of the crisis.Plummeting earnings have prompted migrant workers — many of whom previously endured abuse in order to financially support their families with remittances — to seek repatriation in droves.Diplomatic missions act as key intermediaries in this process by clearing legal hurdles for the women with the country's main security agency. It's a position the consulate of Kenya is accused of exploiting, exacerbating the Kenyan community's hardship by inflating payments made to clear legal hurdles on their path to return. Rights group ARM said it has been told about alleged exploitation at the consulate by at least 50 Kenyans."For many years, we've received reports from Kenyan women about their experiences in facing exploitation from the consul and the consulate," said a caseworker leading the probe into the consulate at ARM. "I have not seen such systemic reports of exploitation, of cajoling people to do sex work and of physical abuse at this level," added the caseworker, who did not want to be named for security reasons.

"He told me you can get money. You can find a man."

Gloria — who confronted the honorary consul — alleges that during her encounter with him and amid a barrage of insults, the consul suggested she "go outside and find money … find a man." "He told me, if you are saying you don't have money, you are a woman, you can go outside and find money," Gloria said. "He told me you can get money. You can find a man." "I say what? You are a lawyer … why are you telling me this?" Gloria recalled. "I said or maybe he's joking. And no, he wasn't joking." CNN has spoken to four other women who say they witnessed Chalouhi encourage Kenyan women to pursue sex in order to cover their repatriation expenses.Those expenses, which cover flight fees and the Lebanese penalties incurred during time spent as undocumented workers, appear to be systematically inflated, according to evidence and testimony seen by ARM and CNN. Commenting on Gloria's case, the Beirut assistant consul Jaber claimed that the Kenyan domestic worker was "screaming" in the consulate after being denied a refund for money which had already paid at the country's immigration services, allowing for her repatriation. In denying allegations of overcharging women for their repatriation, Jaber said that the consulate adheres to Lebanon's standard repatriation procedures. The diplomatic mission, he said, receives money from Kenyan women while the women and Kenyan diplomats are at Lebanon's immigration services, giving the sums directly to the country's authorities. Immigration officials receive money for a migrant worker's penalties only after they have cleared legal hurdles for her repatriation. This normally happens days before the migrant departs to their country.That process, Jaber said, meant that the women could not have been overcharged by the consulate. However, CNN has seen receipts in the names of Kenyan women for money they say was paid to the consulate. Gloria's $1,500 sum was paid in two installments in September 2019, according to the receipts, two months before the confrontation at the consulate. 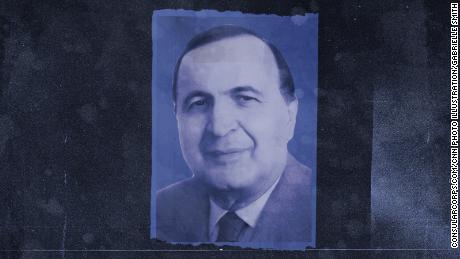 Jaber said that Kenyan women sometimes "ask the consul to keep the money in the consulate." "They come and they have their salaries and they don't want to send it back home so ask the consul to keep the money in the consulate," said Jaber. "When they want to travel or they want to send it back to Kenya, they will come and they will withdraw it from the consulate.""But for repatriation now, no one has even paid a penny. No one," said Jaber. The testimony CNN has heard paints a different picture. More than ten women CNN spoke to said the consulate regularly refused to begin a woman's repatriation process until the consulate had received a fee. Consulate officials say the fees cover legal penalties and flight expenses.They allege that payments to the consulate have been withheld and are based on incorrect calculations. The consulate fees significantly delay Kenyan women's repatriations to their home country, sometimes by years, because of the excess money allegedly sought.Kenyan women rarely report the alleged overcharging to police, fearing harassment or arrest because of their undocumented status. Like Gloria, Kenyan domestic worker Melinda said she was abused at the consulate. Melinda told CNN that assistant consul Jaber physically pushed her out of the consulate office suite onto the building's corridor on one visit in January when she accused him of withholding over $1,000 which she had paid in repatriation fees. Jaber denies ever physically assaulting a Kenyan woman at the consulate. Melinda said she had been saving the money for three years. She remains in Lebanon at the time of writing, earning less than $15 a week. "(Jaber) pushed me by the neck to the door," Melinda told CNN. "Every time I went to the office he fought with me. Now I don&#03Read More – Source

Joint Incident Assessment Team is committed to transparency and impartiality

RIYADH: The Joint Accident Assessment Team (JIAT) in Yemen is committed to ..

Israel and the Palestinians: An impossible peace process?

Our guest is Khalil Tafakji, director of..

And in Damascus, Syria says an Israeli air strike killed at least two people including the son of Is..