Roger Blackwell, 68, told CNN "you don't want to give these people attention" after the "Happy Brexit Day" sign was seen on several fire doors in his building, Winchester Tower in Norwich, Friday. He said he thought someone "energized" by Brexit and "probably a fascist" had put it up.Police are investigating the poster, which told residents "we do not tolerate people speaking other languages than English in the flats."The sign, which was spotted just hours before the UK left the European Union at 11 p.m. Friday, has been attacked as "racist" on social media. The poster said "we finally have our great country back" and people wanting to speak other languages should return to their home countries and give their apartment back to the local authority "so they can let British people live here and we can return to what was normality before you infected this once great island."It added: "We do not tolerate people speaking other languages than English in the flats. We are now our own country again and the the Queens English [sic] is the spoken tongue here."Residents received a letter Saturday from Lee Robson, head of neighborhood housing at Norwich City Council, which read: "Some of you will be aware that there was an incident yesterday where someone put an unaceptable [sic] and offensive poster in Winchester Tower."Robson said the caretaker had swiftly removed the poster and remained on site to "monitor the situation and offer reassurance." 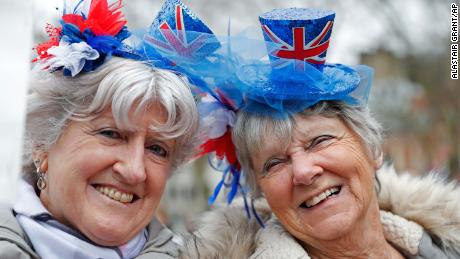 Blackwell, a retired photographer, told CNN he had not seen the poster before he received the council's letter. "I was surprised," he said. "The building is quiet, it's a quiet street." He said the block was "pretty self-contained" and he did not often see people. "With Brexit, it's energized these people to come out of their homes."You don't want to give these people attention. In some ways, it'd be better buried."He said people were "taking advantage" of the political situation. "I think it'll die down."Blackwell said that after the UK voted to leave the EU in the 2016 referendum "they were energized then, and it did die down."Music journalist Simon Price, who shared the photo of the poster taken by an anonymous Twitter account, wrote: "Brexit has encouraged and emboldened these people. It will get worse. Do whatever you can to support immigrants who face this s**t. We all need to stand strong against it." 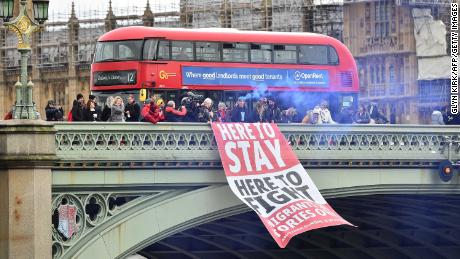 MP David Lammy said on Twitter that the poster's words were "chilling," adding: "Bigots and xenophobes have been emboldened. "Our fundamental values are under attack." Robson said the council had reported the matter to Read More – Source

UN Sets Up Emergency Shelters for Lesbos Refugees After Fire

We have space: thousands march in Germany urging EU to take in more migrants

Thousands of people demonstrated Sunday in Berlin and other German c..

The migrant rescue ship Ocean Viking was detained on Wednesday over ..