Lt. Gen. Saad al-Allaq told CNN in an exclusive interview that Iraq had handed dossiers on nine alleged terror leaders to Turkey. The subjects included top financiers with access to "huge" amounts of money to fund operations around the world, he said.And recent communications from ISIS point to plans to try to break prisoners out of camps and jails across Syria and Iraq, al-Allaq said."Huge international efforts should be taken to deal with this issue because these criminals … are able to leave these camps and go back to their countries and thus they pose great danger in countries like Europe, Asia and northwest Africa," al-Allaq said.

There are an estimated 10,000 alleged ISIS fighters including many foreign nationals in custody under the Kurdish-dominated Syrian Democratic Forces in northern Syria. A nearby camp holds 70,000 women and children. Each has been described by the US as a "ticking time bomb," even after the killing of ISIS leader Abu Bakr al-Baghdadi and some of his deputies. Al-Allaq rarely gives interviews. The intelligence he has on ISIS figures emerged during a wide-ranging discussion about Iraq's role in finding al-Baghdadi, who was killed in a raid by American troops in October. 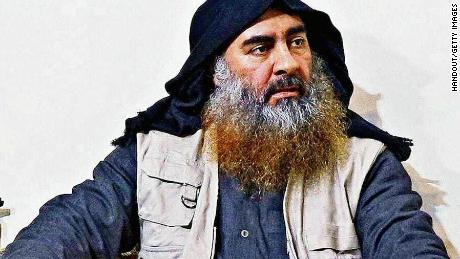 Al-Allaq worked closely with the CIA on the campaign against ISIS and continues to provide intelligence used to target its remaining leadership.

The general said senior ISIS figures known as "emirs" have access to enormous amounts of cash and were forming new cells in Turkey. They escaped from ISIS' last stand in Baghouz in eastern Syria earlier this year and bribed their way through SDF lines to relative safety in Gazientep in southern Turkey, he said."Some of its important leadership fled north, I mean in the direction of neighboring countries and into border areas like Gazientep," he said."They have secretly crossed into these areas from the Syrian-Turkish border — top leaders who have money. They crossed with the help of smugglers by paying large amount of money and have secretly entered Turkish territory." He added: "Those elements who are right now in Turkey play a key role in the recruitment of fighters and terrorists."He said a new ISIS mission the terror group codenamed "Break Down the Fences" intended to storm jails where their followers were being held and try to rebuild its structures from there. 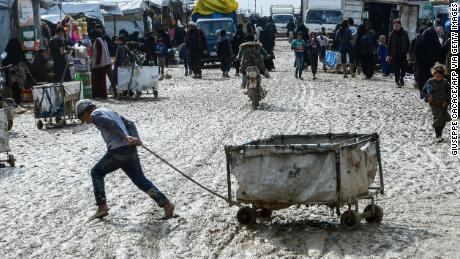 CNN was shown a dossier on nine alleged terrorists which included Iraqi arrest warrants for two men accused of murder and terrorism. The Iraqi warrants described them as bomb makers.Al-Allaq said the men — Khair-Allah Abdullah Fatthi, born in 1977 in Salahuddin province northwest of Baghdad, and Hussein Farhan Asslebi al Jumaili, born in 1981 in Anbar province — were "among the best bomb makers that ISIS ever had."Turkish officials told CNN they are looking into the allegations.Turkey has been rounding up people identified by their security forces as ISIS members in ever greater numbers since the killing of al Baghdadi in October. His sister, one of his wives and other family members were arrested earlier this month. 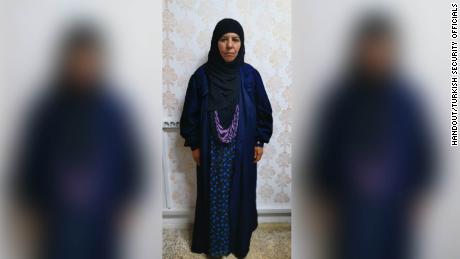 In a statement on Friday, UN High Commissioner for Human Rights Michelle Bachelet said she was alarm..

A French manager of a second-hand boat firm was sentenced to prison Friday for selling dozens of ves..

Days after a total curfew went into effect, people clamored to receive bread distributions from gove..

Islamic State (IS) group chief Abu Bakr al-Baghdadi was found and killed over the weekend in norther..

The Arab Coalition spokesman Colonel Turki al-Maliki said on Friday that the Iranian interference in..