Calls for the government's resignation have grown since protests engulfed Lebanon on October 17. But officials have argued that the nation cannot afford a political vacuum at a time when its economy may be on the verge of collapse."I heard many calls for regime change. Our regime will not be removed based on protests on the ground. Of course, the regime needs developing because it has spent years in paralysis," Aoun said on Thursday. The President appealed to protesters to help expedite an ambitious economic reform program unveiled by Prime Minister Saad Hariri on Monday, and vowed to step up measures against government corruption. Aoun also called on protesters to end nationwide road closures that have paralyzed the country over the last seven days. His speech was met with derision at a protest in central Beirut on Thursday. 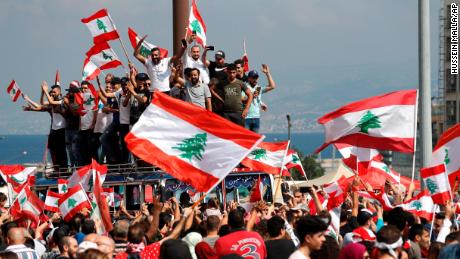 Crowds in downtown Beirut's Riad el Solh chanted: "All of them, means all of them and you are one of them!" The oft-repeated calRead More – Source

UN raises alarm over latest wave of displacement in Idleb

I am alarmed at the deteriorating humanitarian situation in Idleb, northw..

Iran shows growing fury in the Gulf. It really is desperate to talk

Iran told the UN Security Council on Wednesday that it cannot “alone” save the nuclear deal, turning..