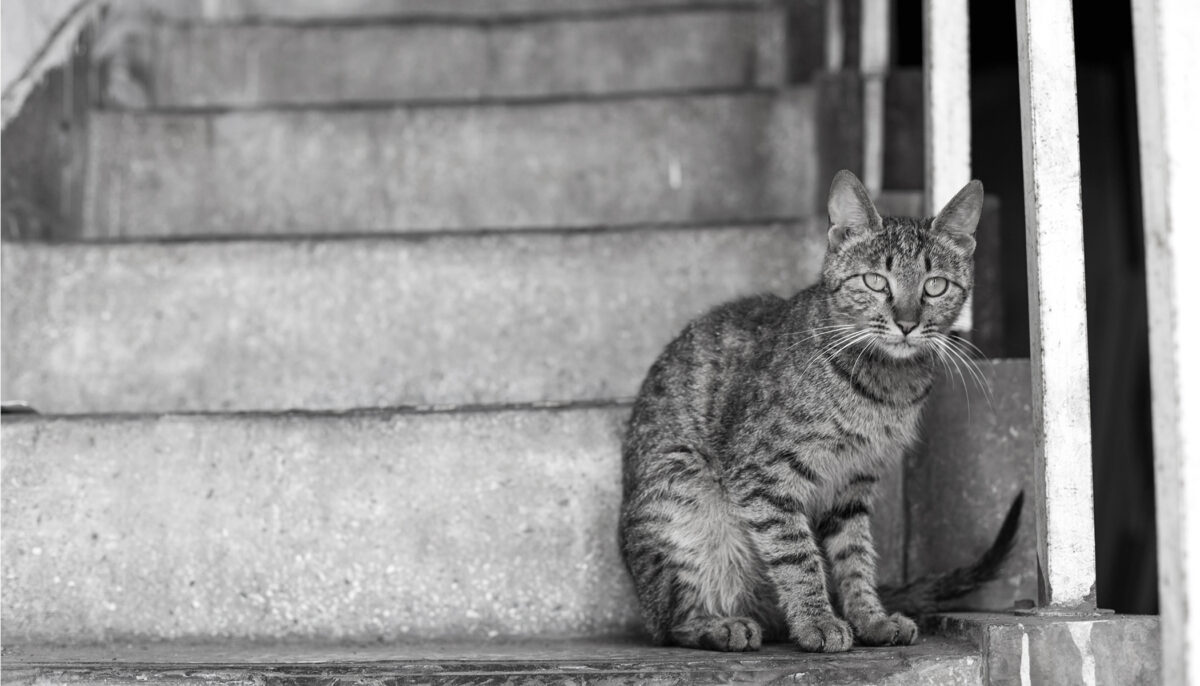 Appearances can be pretty deceiving, as a much-debated optical illusion of a cat on a staircase has demonstrated that. While many people are familiar with the age-old question of whether the glass is half-empty or half-full, this image has had people up in arms for years.

Most peoples response to the image has a lot to do with their perspective. Many brought in their expertise in architecture or feline anatomy to support their answers, leading to a surprisingly wide-ranging debate that has divided the internet.

The image that originally appeared on the website 9Gag.com asked a simple question: “Is the cat going up or down the stairs?”

In the middle of the frame, one can notice the movement of the cat along with its front paw stepping toward the camera and its tail in the air.

Most people can see a direction that appears to them first, but in classic optical-illusion style, the longer you look, the more you can see the ambiguity.

For those who believed that the cat was “going down,” they used their insights into cat psychology and behavior to make their point. As one user commented on 9Gag, “looking at the direction the tail is going (around 120 – ish degrees) it is going down. Because the tail always wants to point upwards.” In this same vein, another user pointed to the physics of feline motion to support the case, “cats dont walk up stairs, they make a number of leaps and speed up them.”

In addition, some other users also took into account the construction of the stairs to support their argument. “Its going down because the stairs are getting wider as you look down,” one user asserted on 9Gag. “Down, the overhang on stairs doesnt go up,” another wrote.

Then there are those who tried to look at the lighting in the picture, with one noting that “judging by the shadow of the cat it is going down.”

The picture that went viral finally has an answer.

However, another group stubbornly maintained the cat was ascending. One user pointed out that where the photograph was being taken from indicated an open space. “Up, cause nobody puts a wall at the end of stairs…”

Meanwhile, another pointed out the lack of a bannister or handrails, which is a common safety feature for most staircases. “Up while the camera looks down. I see no handrails behind the cat. once you reach to top handrails are a must.”

Evoking memories of the great dress debate, a viral photo of a feline on a staircase is dividing the Internet. You tell us: Which directionRead More – Source

Travel companies and holidaymakers are encouraged to Reduce, Reuse and Recycle in this summers Make ..

MSCs latest ship Grandiosa will feature new experiences on MSC for Me, the cruise brands app and mul..

When Jeff Holler decided to leave his thriving corporate career to start his own business, he though..

From Valentines Day breaks to landmark birthdays with the family, Abra Dunsby rounds up the trips to..

From pink lakes and a crystalline coast to red-dirt roads and a monolith twice the size of Uluru, Au..