A CNN team approaches a group of Iraqi women. Our request to talk to them sparks debate. "Sisters, don't say anything," one woman warns the rest of the group."No, sister, we have a right to speak," another retorts.They talk over one another, pouring out a litany of grievances. The children are starting to steal. They don't have money. The conditions are wretched. They want to go home.Al-Hol is a sprawling encampment for those displaced from the former ISIS territory in northeastern Syria. Wind and sand blow mercilessly against tents in the scorching heat of the Syrian summer. About 15% of the inhabitants here are foreigners, but the international community has for years neglected the camp. And as living conditions worsen, nostalgia for ISIS' rule is beginning to brew. The camp's population rocketed from 9,000 to 70,000 after ISIS made its last stand in the Syrian town of Baghouz in March. Weeks of battle led to a large outflux of displaced people, mostly the families of ISIS fighters. Around 50,000 of the camp's inhabitants are children, and most of the rest are women. They are the ones who held out in the rapidly shrinking so-called caliphate until the very end. And while some of the mothers have tried desperately to find a way out of the camp, many are trying to bring their fundamentalist utopia back to life. "We started to notice that the new arrivals were very well organized," says Mahmoud Karo, who is in charge of the camps in northeastern Syria's Jazira district. "They organized their own moral police. They are structured."

Beneath a cloak of secrecy, the radical women inhabitants have continued to enforce the draconian laws of the former so-called caliphate. They police women's allegiance to ISIS, punishing those suspected of wavering in their support for the extremist group. Adherence to fundamentalist dress codes is closely supervised with sometimes lethal punishment meted out to those who fall out of line. 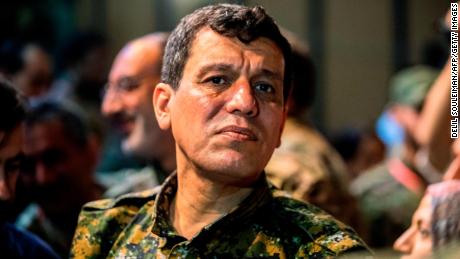 "The camp is the best place to develop the new ISIS. There is a restructuring of the ISIS indoctrination," says Karo. "You can't differentiate between who is ISIS and who isn't."Tracking down the perpetrators is difficult, he says. The women, cloaked in niqab, are nearly impossible to identify. They change tents frequently to avoid capture.A Pentagon report by the inspector general, released last month, warned that the US and its local allies have been unable to closely monitor movements inside al-Hol. A drawdown of the US military presence in the area has allowed "ISIS ideology to spread 'uncontested' in the camp," the report found.Growing extremism in al-Hol runs parallel to signs of ISIS' resurgence elsewhere in the region. ISIS attacks in northwestern Iraq, where the group formerly ruled large swathes of territory, are becoming more frequent, and the group has claimed responsibility for other attacks in the region in recent months. 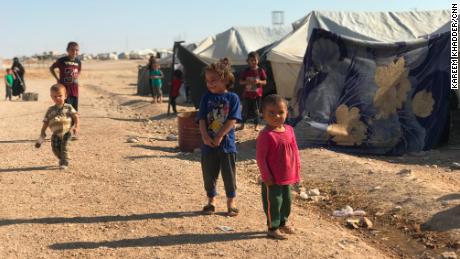 US Secretary of State Mike Pompeo has acknowledged the trend, stating last month that there are "places where ISIS is more powerful today than they were three or four years ago." Kurdish camp officials describe al-Hol as an "ISIS academy." The place is a toxic blend of those intent on incubating ISIS' ideology and those who want to leave their past behind. A glaring lack of international involvement and neglect has allowed extremism to thrive, camp officials say.Around 10,000 people in the camp are foreign nationals from elsewhere in Asia, Africa, Europe and North America. Very few have been repatriated. Bringing them back to their home countries is not something politically popular in Europe and abroad.

Women in the camp marketplace say their ultimate priority is securing the release of their detained husbands and teenage sons who are being held by the Syrian Democratic Forces. 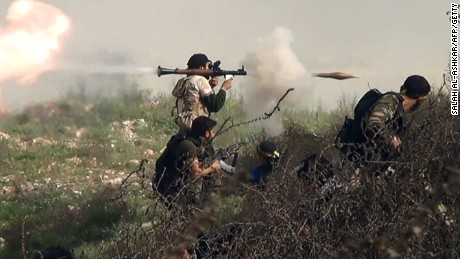 "I tell my children their father is with the infidels," one woman tells CNN."If the prisoners are released, then maybe our hearts and the hearts of our children will sympathize with you," she tells us. "But if the prisoners aren't released, the hatred will grow with the women and children." Another woman says she does not know what has happened to her detained teenage son. The situation has driven her to the edge of madness."If the men aren't released, the women will become the biggest cell," she says.

After fleeing Deir Ezzor for al-Hol with his wife and children three years ago, Abdel Qader Mohammed opened a barber shop in a small cement-and-brick room in the camp.One of the camp's first inhabitants, Mohammed arrived before the influx of those who had stayed on with ISIS as the group made its last stand. He is one of the few men in the place — and the only person we met who was willing to speak out against ISIS."I came here to escape ISIS and now we are in a camp full of ISIS," he says. "We can't talk to the ISIS people here. Even [as] we cut hair, they start telling us that we are infidels."In one of the tents, a woman says she is desperate to get out of al-Hol's stifling atmosphere. But there is no rehabilitation program for people in the camp, and no effort to separate extremists from those who reject ISIS. 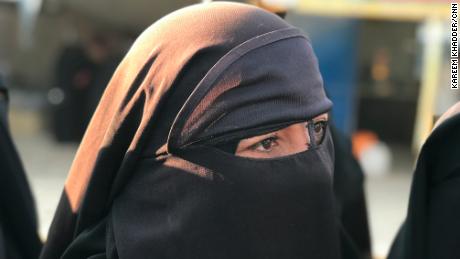 One Telegram chat group has turned the al-Hol "death camp" into a rallying cry for ISIS. In Arabic, English, French and Turkish, it details what they call "atrocities" committed by the "pig enemies of Islam" and calls on the "lions" — a reference to extremist fighters — in northeastern Syria to "wake up."In July, a woman calling herself Umm Bakr al-Ansariya issued a well-circulated fatwa, an Islamic decree, demanding that Muslim aid workers wear the Niqab, and threatened those who defied the order with "punishment by the sword." In the same month, video posted on social media showed the black ISIS flag being raised in the Syrian section of the camp."It's a reaction to the psychological pressure on us," a woman living in the Syrian section of the camp explains. "They should know that more can be done than the raising of a flag."

In the foreigners' section of the camp, a little girl with a blond ponytail zips around a playground on a toy scooter. She plays with other children, a mix of Europeans, Asians and Africans."Are you scared of us?" a 23-year-old German woman asks."Should I be?" I reply. 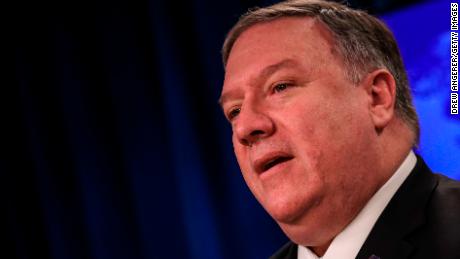 "I am just asking," she says, wondering aloud why her country won't take her back. She says she no longer wants to live by the rules of the so-called caliphate."This isn't a camp. It's a prison," she says.Residents here say they live in fear of the camp's ISIS vigilantes. Another woman tells us her tent was burnt down. Her friend says she's so afraid of being stabbed she barely sleeps.One foreign woman strangled her niece for removing her niqab, while another was beaten for cleaning in front of her tent without a niqab, Karo says.

Outside the camp, a prison controlled by the predominantly Kurdish, US-backed Syrian Democratic Forces (SDF) offers a starkly different scene.Detained ISIS fighters are indulged in painting and creating papier mâché models. Around a dozen of them crouch over a long table, crafting a miniature football stadium, houses, cars, animRead More – Source

But the 28-year-old humanitarian consultant from Montana decided to stay. After Lebanon closed its b..