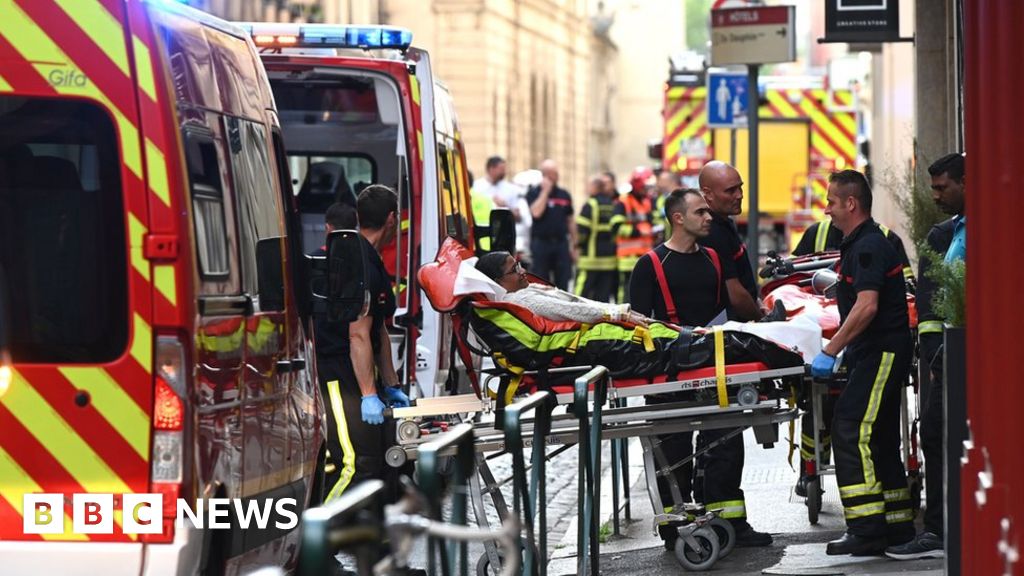 French police have made an appeal for information in their hunt for a man suspected of planting a parcel bomb in Lyon, which injured 13 people.

The device went off outside a bakery on a busy street in the heart of the country's third-biggest city.

Those hurt, including a girl aged eight, appear to have suffered superficial injuries.

Anti-terrorist prosecutors have taken over the investigation and security has been boosted in public places.

Police released a grainy image of the suspect taken from CCTV footage.

They said he was wearing a long-sleeved dark top and light-coloured shorts.

A police source told AFP news agency the suspect appeared to be about 30 and was using a black mountain bike.

What do we know so far?

The device, which was reportedly full of screws, nuts and bolts, exploded around 17:30 (15:30 GMT) on Victor-Hugo Street, in the historic city centre, between the Saone and Rhone rivers.

French media quoted a receptionist at a nearby hotel as saying there had been a "deafening blast".

What you need to know about travelling in Sweden over Easter

Bookings for train journeys across Sweden with railway company SJ have risen ..

Theresa May promises Conservative MPs she will go. But when?

It's goodbye from her. Or is it? Theresa May has told Conservative MPs that she will not lead t..

People have been calling out the tabloids use of horrific video footage of the New Zealand attacks i..