The Finnish driver now has two wins and two second-place finishes but sits above teammate Lewis Hamilton, courtesy of a bonus point he claimed by recording the fastest lap in Australia. Visit CNN.com/Sport for more news, features and videoHamilton, who finished second behind Bottas, capped off a good day for Mercedes, which extended its lead at the top of the team championship to 74-points. It was the fourth Mercedes one-two finish of the season, an all-time record in the sport. After starting in pole position, Bottas was relieved the race went to plan in what was only his fifth career win. "It was actually a tough race even though not that much was happening at the front — Lewis was putting on pressure, but everything was under control. I'm happy to take the chequered flag and take first place," he told reporters after the race. In opposing fortunes, Ferrari had a day to forget after questionable tactical decisions saw drivers Sebastian Vettel and Charles Leclerc finish third and fifth respectively. Leclerc, who had crashed in qualifying, may have felt fourth place was there for the taking but he was unable to get ahead of Red Bull's Max Verstappen. 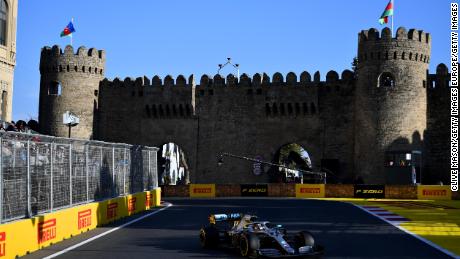 Hamilton congratulated his teammate for the win and credited everyone behind the scenes for an unrivaled start of the season for Mercedes. "It's a team effort, everyone at tRead More – Source

THEY say late goals can clinch titles and Liverpool are becoming masters at snatching victory in the..

Jurgen Klopp highlights the main problem Liverpool had against Porto

Jurgen Klopp thinks Liverpool were their own worst enemy in the second half (Picture: Getty)
Jurgen ..

Meet the Russian who spoiled the party at Eddie Alvarez’s ONE Championship debut: Timofey Nastyukhin